Hello all,
Either I have a fundamental misunderstanding or have seemingly found a “phantom” FX mode running on every channel for every fixture.

If I select any fixture and apply swing/speed to any attribute, without any other information in the programmer or cues, there is a “phantom” mode that the FX swing/speed start modulating.

I have tried running this experiment on 3 different computers running Onyx with the same results.

This phantom FX seems to have priority over fixtures if no other effect information is present in cues or presets for every channel. My spot fixtures are overridden by it no matter what so I can’t even fade the INT FX out with an HTP fader.
The “phantom” mode can even be affected by wave/groupings.
Below is a link to a video of the issue in the 2d view and programmer: 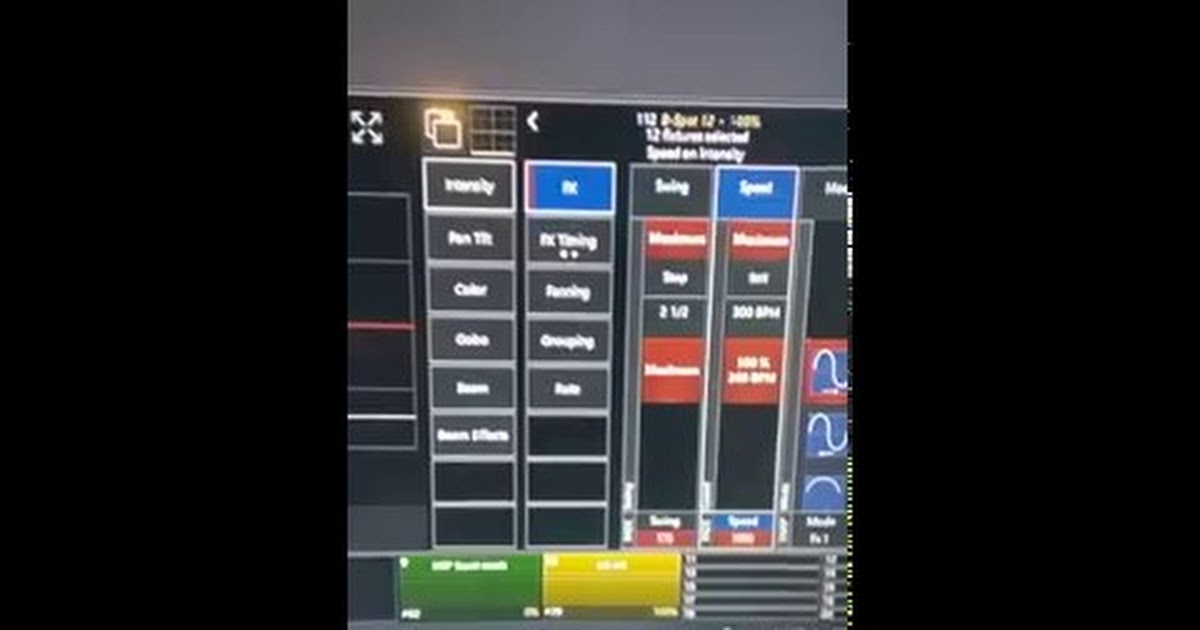 This is a problem because: 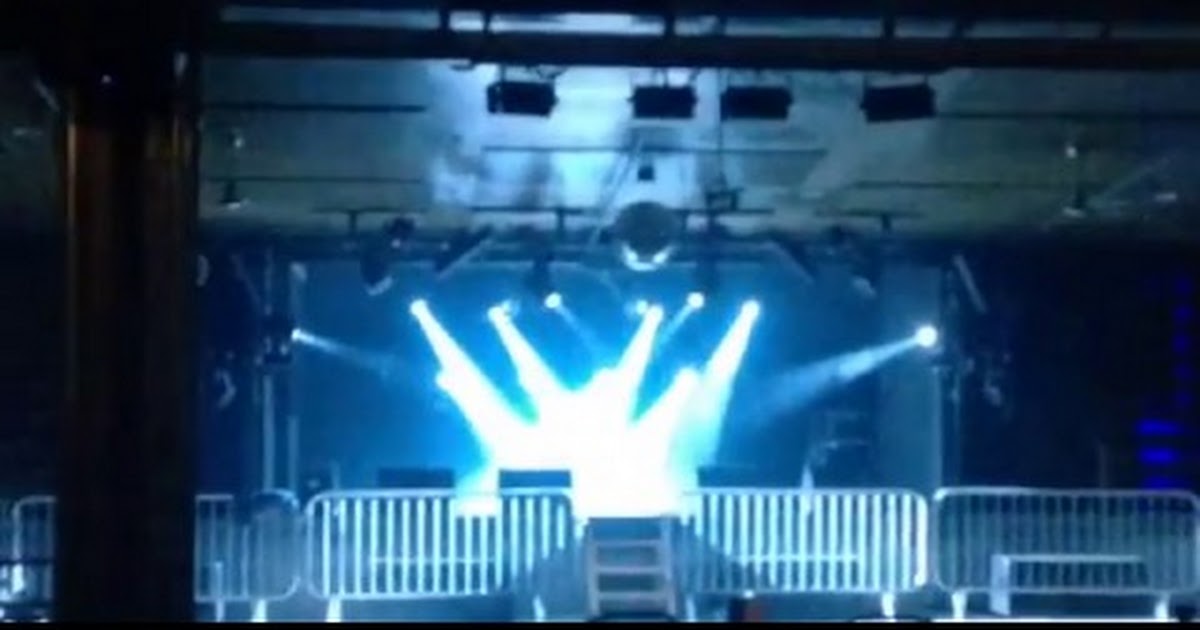 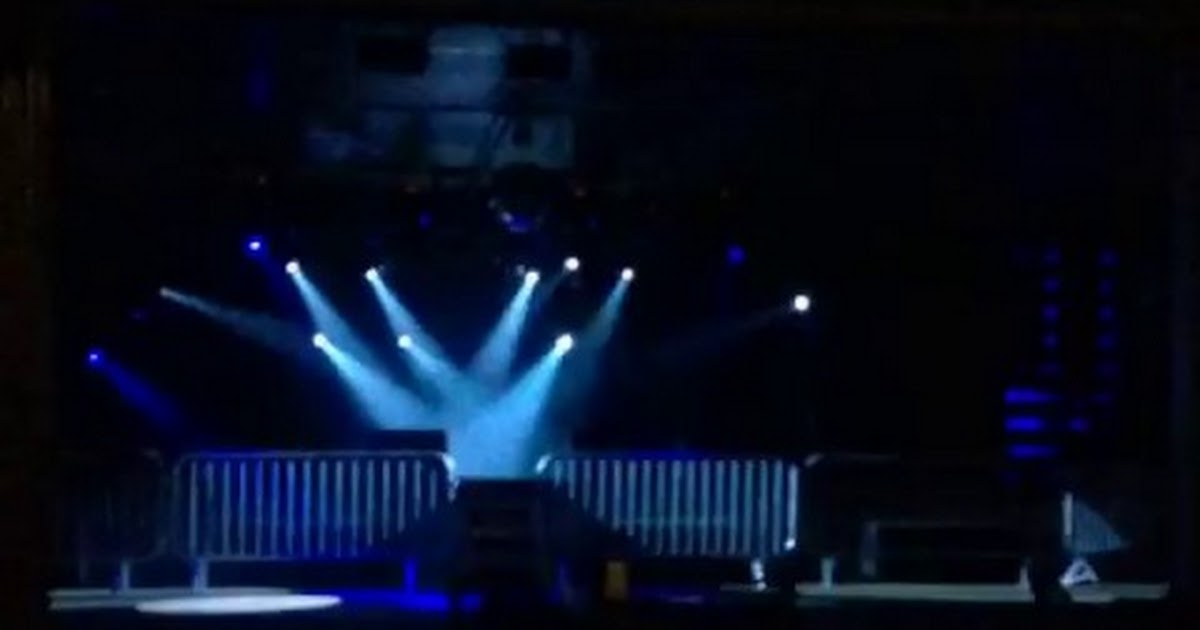 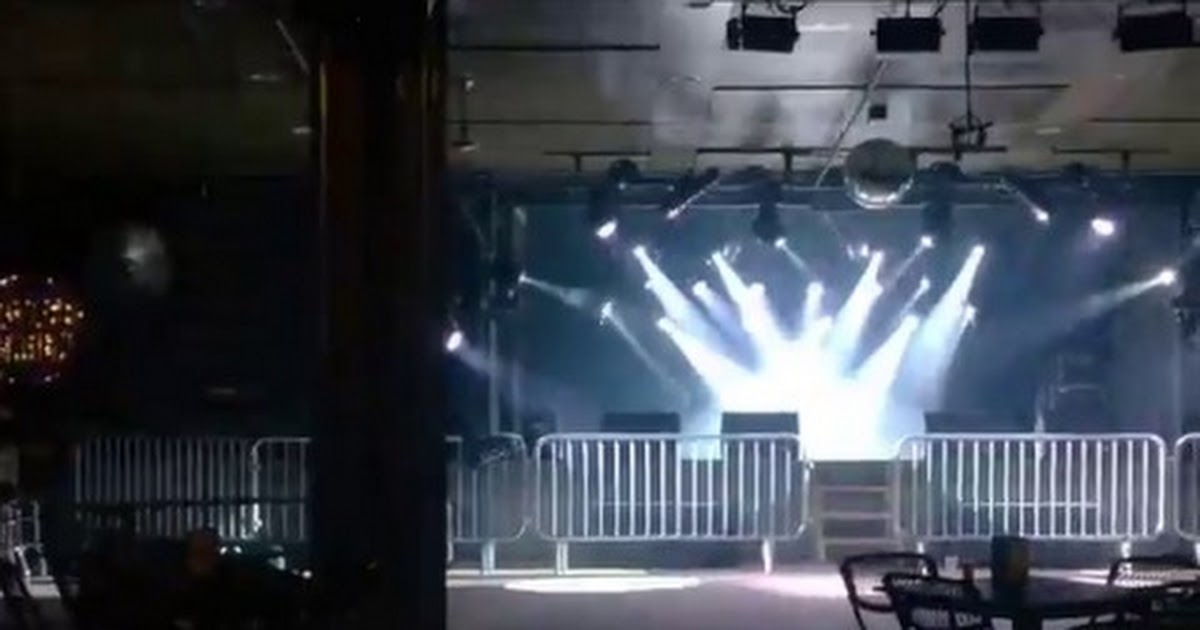 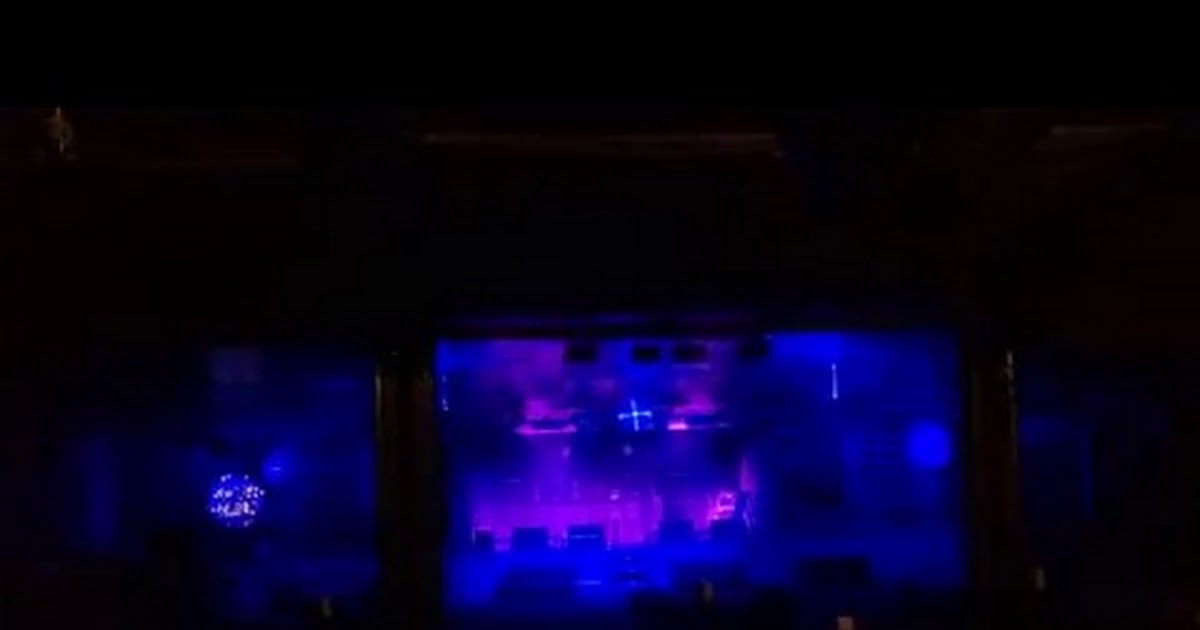 Any thoughts on how to kill this “phantom” mode so my fx speed and swing don’t run unexpectedly?
Thanks for reading and answering.

The FX are subchannels of every parameter and always run / exist. Setting the swing parameter above 0 will start to affect the resulting dmx output.
Only Swing 0 ensures the FX has no influence.

This is how the FX systems is designed from the start of the platform.

It’s not a bug. However, I am for sure having some buggy things happening with the htp submasters and my spots.
The int fx for the spots overrides my HTP submaster for the spots. Even more, if I have an effect rinning with the spots when I bring the HTP up the effect loses wave count and all fixtures start flashing on and off at the same time. IF I have an effect in the programmer it is taking the wave/count but is still running the flash all on-off at the same time thing from the default fx, or as Mattias put it “FX are subchannels of every parameter and always run/exist”. So my effect runs the wave delay for a second then all-flash off at the same time then they come on a second later running the wave delay so on so forth. Any suggestions would be welcome here is my show file and some video examples of why this is vexing me. 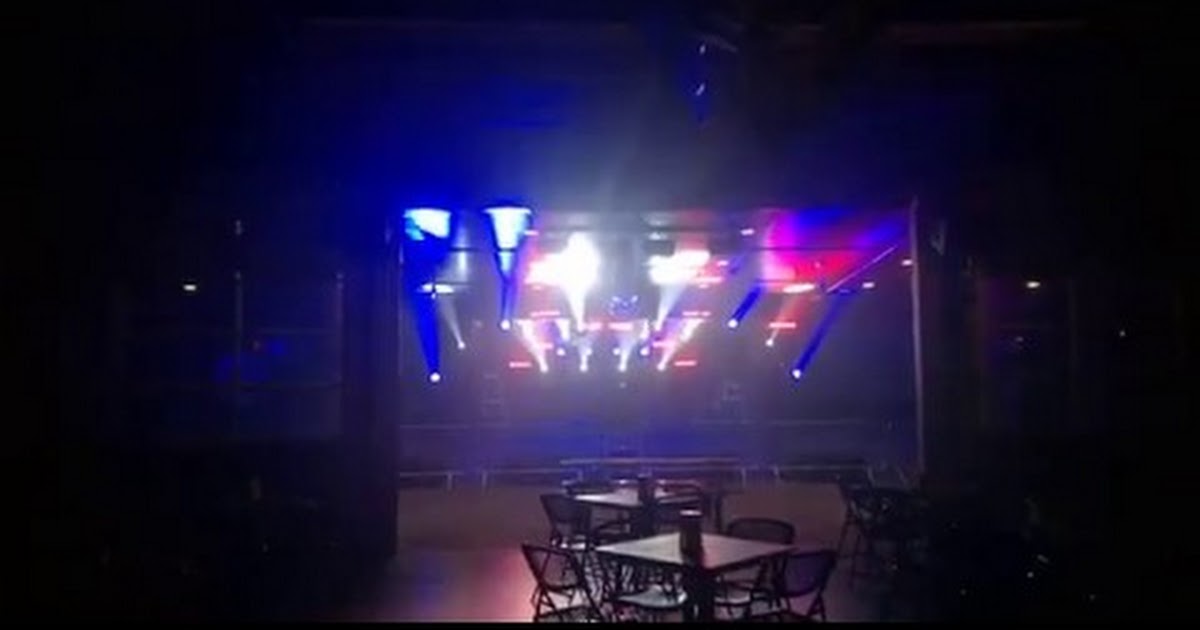 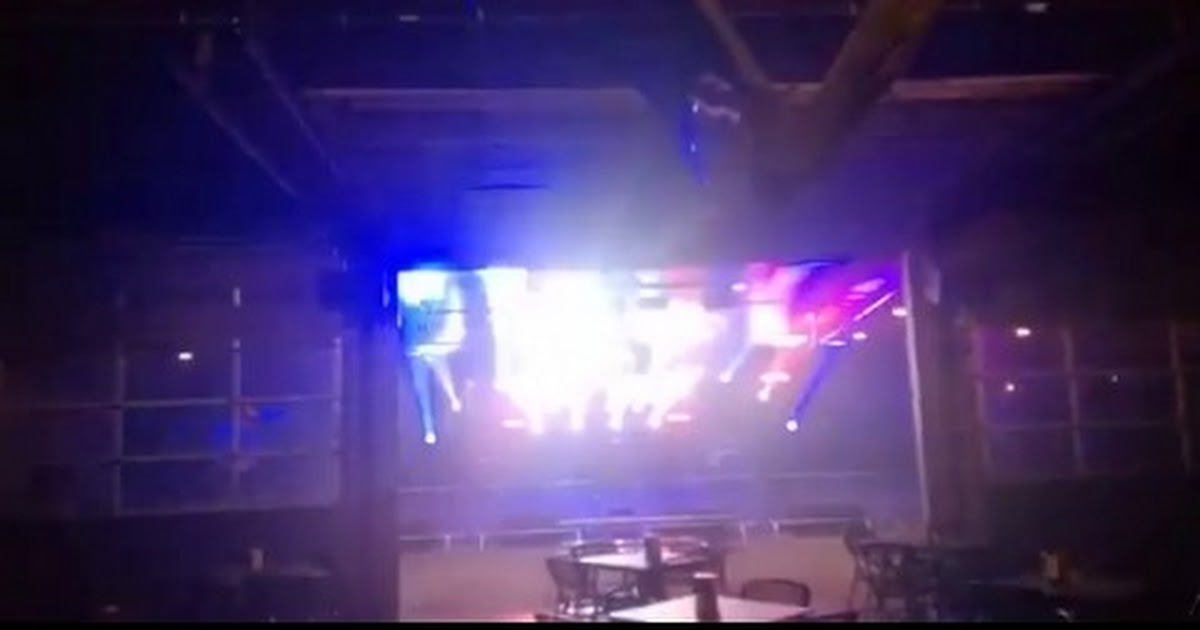 Thanks for any and all help.

Anybody have an idea what is going on here? I can’t use my spots for INT FX because they are apparently doing something Onyx can’t do they are running two FX at the same time. The default fx that is always on and the FX I have programmed for them.
Could it some how be profile related?

Thanks for any help offered.

Can anyone please help me figure this out?

I think Matthias answer your question

"The FX are subchannels of every parameter and always run / exist. Setting the swing parameter above 0 will start to affect the resulting dmx output.
Only Swing 0 ensures the FX has no influence.

This is how the FX systems is designed from the start of the platform."

Please read my entire post and watch the videos.
I am having some very strange behavior that appears to be two running FX over the intensity channels on my spot fixtures. This is detailed in the videos above. Not only is this not supposed to be possible but the effect is running over the top of my HTP sub-masters for the same spot fixtures even at 100% intensity when it should be being overridden by the 100% submaster.
Moreover, when the Sub-master is up, the “default” effect is taking priority over the programmed int effect I have running. As soon as the sub-master is brought up(@5%-100%) all of the fixtures start turning on and off at the same time at the programed speed of the effect. While the fixtures are off, nothing happens they as they are off. When the fixtures come on, they then start running in the delay/fanning order I have programmed into my effect. IF I turn off my Effect the fixtures still run the all on all off default effect that was running in the background behind my programmed effect.
You can see this clearly in this video
WP_20190728_03_20_28_Pro.mp4 (video)

No promises but if you attache your show file we might be able to take a look at it and figure it out if you want.

The show file is the first file attachment in my Reply to Matthias. Please read the second post as it pretty well explains the issue.
I edited the first post to reflect Matthiases response. I did not delete it because I did not want to delete his response.

Just some background on me, I have been an MPC user since 2014. I switched over to Onyx a few months ago. I have never experienced anything quite like this before and I thought I knew this program pretty well. I own 4 M plays and an M touch along with 64U license and 2 port grey box along with many midi interfaces that I mapped through MPCtools and now Show Cockpit. I Sold 3, M play units in the last couple of months including an install at The Salvage Station in Asheville, NC( which is where I am seeing this issue rear its head). I am a major supporter as well as a semi-super user and I can generally work my way through most issues without reaching out for assistance. This is vexing me.
Thanks greatly for any help.