Have tried uninstalling and reinstalling & updating SQL. Onyx build 4.4.1193.0, Windows build 19042. No antivirus is running. Have all the prerequisites I know of.

Thanks in advance for any help! much appreciated!

Looks like you’re missing (registration of) a Windows component: the jscript engine.
Could you try the following on a command prompt with administrative privileges:
regsvr32 jscript.dll 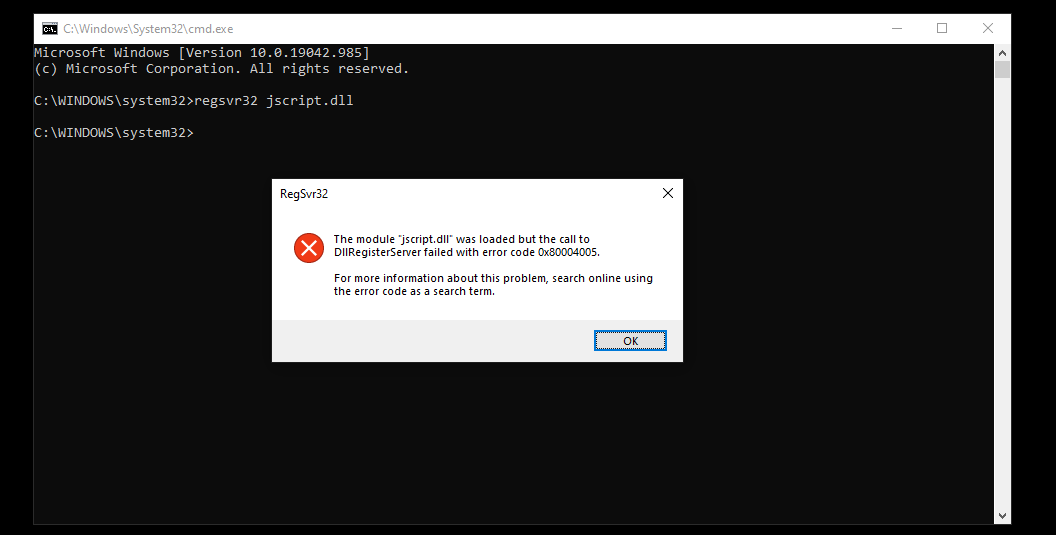 And the command prompt was opened with administrative privileges (asking for confirmation, because I don’t see an indication on the title bar)?

@gert_leunen Yes, I opened cmd as administrator. The administrator and windows user account both have the same privileges in the registry anyway. To be sure I have tried again with administrator (right click, run as admin, type in password) with the same results.

There’s more to it in Windows 10, but something’s corrupted in your Windows 10 installation. Possibly the registry privileges: you could have a look at how do you fix error code 0x80004005? (microsoft.com): there’s a suggested fix that involves the use of a SubInAcl tool.