The team completed the 4.8 Release, and as usual before we post it on the public website we make it available here to preview.
Please report any download issues or other concerns.

(required for all consoles)

Please note: Many parameter defaults and behaviors of fixtures have changed. Verify existing shows carefully as they may require programming adjustments.

Hi to all,I don’t find anymore the search “keyword” feature in the internal Manual on a windows 11! is it hidden in somewhere? 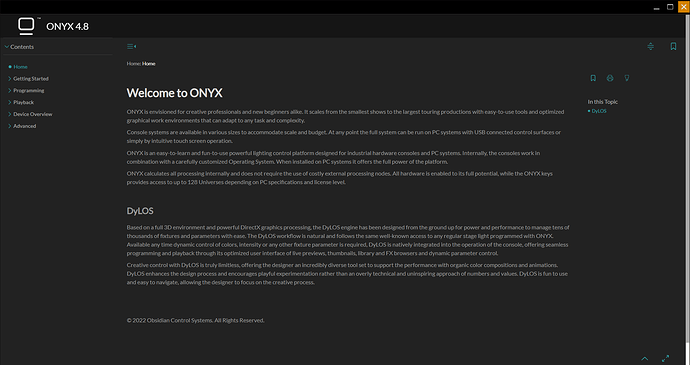 we corrected this and will replace the installer.

Awesome to see so many improvements

Can the rename button be used to rename cue lists without needing to go to the cue list values page?

It always confuses new users (and adds extra steps to experienced ones) would be nice to rename a cue you’ve made on a playback button, similar to how you can with presets, without needing to bring up a whole different set of views.

All the fader flipping stuff looks great, great way to get more millage out of 10 fader setups but still see what’s going on.

Xnet reliability improvements - I’ll have to try it again, it’s been unusable for us for many years (complained about it a few times, we used to do it every show when we started in M-PC.

Awesome to see improvements to overlapping fixtures, that’s been pretty nightmarish when I use the current versions.

Awesome the scroll wheel will work with patching fixtures! Little things like that make a big difference.

If you need to edit a fixture profile, and swap or clone in the new one, does it still throw away all colorwheel data? This boned me on a club install recently, I was doing additional programming on a show file started by someone else, chauvet moving spot fixture had the wrong colour wheel data, making the 2D plan look wrong… fixing that one issue actually wasted hours!

Keen for any improvements in this area of cloning and swapping, it’s always been a source of frustration for us when using Onyx

If you want better image for this page: Power Connections NX-P