It is strongly recommended to use ONYX on Windows 10 systems.
ONYX is evolving into a 64bit applications and will eventually stop supporting Windows 7 installations.

Win7 systems can be upgraded to Win 10 at no cost: 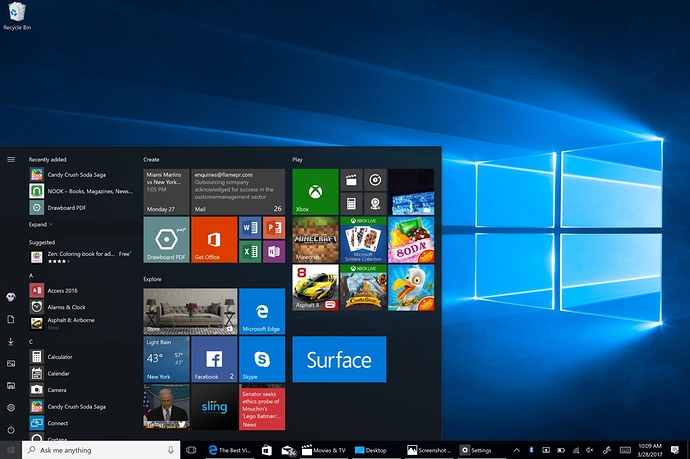 Windows 10 free upgrade is still available through this handy loophole |...

Microsoft is still offering Windows 10 upgrades for free, providing you’re in need of assistive technologies (or not).

What about Windows 8 variations?

Win 8 support will also cease. Really recommend upgrading. Win 8 is so little used (less than 10% globally) and has a lot of issues. Microsoft pretty much gave up on it a long time ago.

In light of this, we are trying to make a decision on what to do.

We’ve been running QLC+ on one of our iMac systems to run lights. I don’t like it. Onyx makes more sense and has closer ties to industry standards.

I’m working on switching over to Onyx and I have been learning and testing it on an older Windows 8.1 laptop (prior to knowing that Windows 10 support is preferred). I haven’t seen any problems so far, but as it’s not supported, I’m unsure if that means a future release won’t completely break under 8.1.

I have a desktop running Windows 10, but it’s Home edition. I don’t know if that’s a waste of time to work on either.

The macbook pro that was just donated to us is running 8.1 under bootcamp, but according to Apple, Windows 10, which I could upgrade to, won’t run on anything older than 2012, and this is a 2010.

Ultimately, I would presume that it would be preferred to get a new system running the latest version of Windows perhaps with a touch screen, but not as a replacement for a physical console.

When I started using QLC+ I didn’t see the benefit of spending more on a console, but after screwing around with lights for a year, I can see how using a console would speed up programming.

We do no longer support 8.1 and all new installers will be Windows 10 64bit only (Home/Pro/Enterprise)
I don’t think its reasonable to expect us to support a 9 year old macbook running bootcamp. I’m afraid you need to look for new hardware. There are a lot of users with smaller systems in our facegroup page, browse around or ask for advice. Good luck, hope you find a good system for your application.

I certainly don’t expect it. Right now I’m in the proof of concept phase so I can appeal to the ones who make the budgeting decisions so there’s a solid plan. As long as I am able to show them what can be done (using the current windows system I have) then I can push for upgrades.

I just wasn’t sure if “unsupported” meant that it won’t work at all, or that it “might work but you assume all risk.” If you’re saying the installers will error out, then I’m okay with that. Otherwise, for demo purposes, I’m installing it on this lowly ancient machine…

Thanks for the help.

4.2.xxxx will install on Windows 8.1, any newer version will not and tell you its not supported.