1195 is available for download. Thanks for the feedback so far.
Please add comments about bugs or issues below:

Yumi Yumi, thanks for fix it

This a “short” release with this integration, or this is part of a package of features that come as part of a 4.6 version ?

Selection is now working very nice !
2)
Suggestion ,now that we can create an entire look in a few clicks via the CITP working correctly ,my suggestion is related to this situation here!
Create a look that you like put in all parameters like intensity ,zoom,focus,colour,iris,position etc… , now it would be a real game changer and a fantastic feature to have ,if ther would be an option like " create automaticly indipendent parameter presets".
So at this point what Onyx does is that,it stores in the first free cells each parameter in it’s place rather than us creating single ones waisting time, or creating a unique palette, that could be already a cue.

Suggestion new type of “OBJECT” can you add a new one for recalling a positions so we can place it in our 2d plan and use it as all fixtures to that object ? 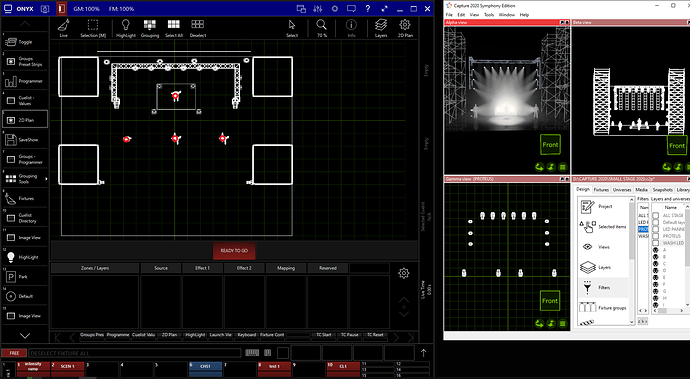 WHY NOT THIS MODIFIED? 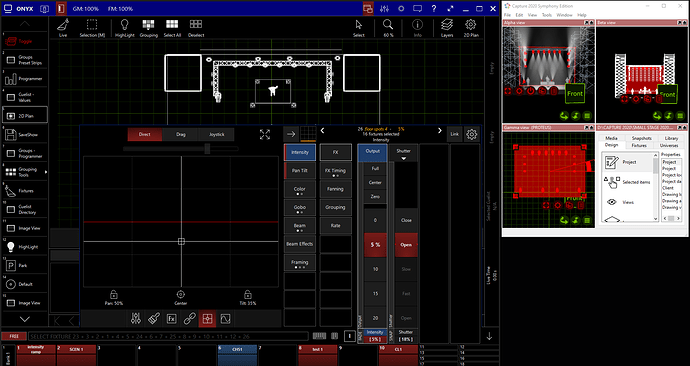 The only thing I can’t do is:
I’ve patched a fixture in capture and then I want to switch it to the same fixture but with virtual dimmer.

Before importing the fixtures you can change the fixture type to whatever you want it to be. It will try to do an automatic best match based on the CITP information and you can add the virtual dimmer to the fixtures that you want. If no matching type is found automatically, you can also manually assign it.

Select the type that you want to change and you will get the library browser popup. Browse to the type you want and select to add “Virtual dimmer : on”. 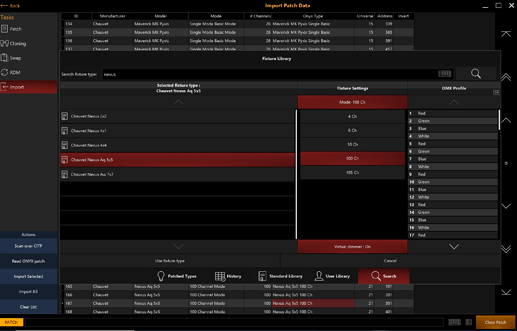 That works. Thank you.

I have am having issues with the latest beta not networking at all. It sees the show and then when you join it goes through the processes and jumps very quickly past the sync windows, presets and then nothing. Can’t see any windows, presets nothing and also can’t get to the menu.

Also had a few strange ones with after the current show file has loaded, then go to load a different show it asks me 3 or 4 times to save the file before returning back to the program.

Firewall was off on both machines and also made sure the VPN was off also.

Having issues importing from capture patch generic dimmer channels? Onyx does not read them!

Little suggestion!
This could be a really cool feature to my opinion ,imagine you are editing a cue in onyx , then with capture you change the pan tilt or any other parameter , that is obviuosly in the cue as a" preset" .
So what happens is that onyx detecs that something has been changed by capture,so it comes up with the “update pop up menu” asking what you want to do with this modified parameter ,what do you think?

How would it know that you are done editing to show the popup?

Anyway it’s a popup Window ,what could the issue be? Your editng something ,Onyx detects and advices you with a Little window ,maybe you might Need to move it for a second then confirm.

Hi to all yesterday I was having issues with Onyx importing the patch from Capture ,cause it was changing the imported patch,like shifting universes!
Don’t you think it maybe be better that duing the import feature,it would be also better to use the "CHANNEL ID " in Capture also with the dmx and universe?
Otherwise sometimes Onyx will fail ti import correctly!
Thank you!

We just replicated and identified the problem, will be fixed in the next build. Thanks for the report.

Hey gang. Loving the new citp link to capture. Just a few things that i have noticed. Sometimes i cant get the patch to import. It sees the citp link to capture just wont take the info and patch. A request. Is it possible to have the 2d view get sucked in from capture? Also work out which way around the fixtures need to be so that they match capture.

When you run into this problem again, have a look in Capture to check wether the project console link and the external universes are set correctly. If it still doesn’t work, you can send me a personal message on the forum and add your Capture file, so we can test and find a solution.

Hi to all !
Please can you think about giving us the chance to use those “F buttons” as playback buttons?
THANX

It would be very cool if we could have "pan tilt palettes"also behaving to an XYZ coordinates, so if we move trusses there positions will always correspond to there palette!

No really related to this beta

why ? xyz coordinates are also related to citp importing from capture so this should be a part of this,don’t you think so?